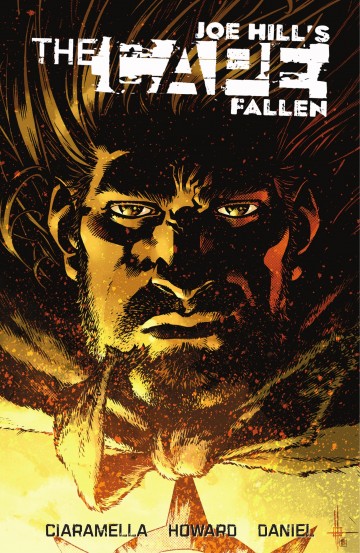 If power corrupts, then surely with great power comes even greater corruption. Writer Jason Ciaramella and artist Zach Howard uncover new folds in Hill’s cautionary anti-superhero tale with a story that takes place between the scenes of the original series. Eric’s already killed his ex-girlfriend and (spoiler alert) soon he’ll go after his mom and brother. But first he’ll go missing for three torturous days. What other atrocities will Eric commit? What violent secrets does the Cape still hide? There’s no telling, but the answers to those questions will further underline The Cape’s central theme—that no amount of power will make a bad person good.

Read the album
Add to cart
Added to your cart
Scarlett's Strike Force
(0)
$7.99
They’ve fought back invasions from home and afar- now, they’re back on Earth, and ready to take on the wildest, weirdest threats out there! It’s Scarlett’s G.I. JOE team, the Strike Force, against a brand-new Cobra Commander, a revitalized Cobra, and everyone else trying to conquer Earth... or destroy it! Featuring all-stars of the Hasbro line as M.A.S.K.: Mobile Armored Strike Kommand and the Transformers bots join G.I. Joe in the fight against Cobra! Collects issues #1-3, the G.I. JOE First Strike one-shot, and the M.A.S.K.: Mobile Armored Strike Kommand First Strike one-shot.