C.8 - Doctor Who: The Eleventh Doctor 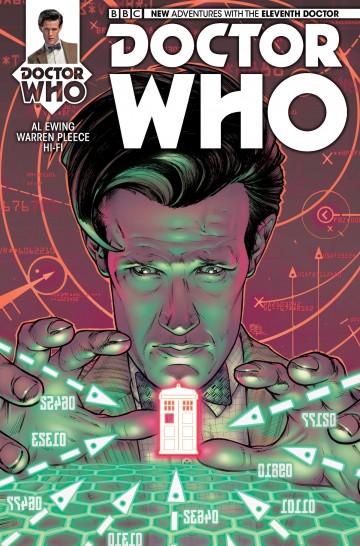 TO INFINITY AND BACK TO END A COSMIC WAR!Interstellar dogfights still rage in the skies over London! When Alice is forced into a high-stakes solo challenge that could end the conflict, she'll need to muster everything she's learned on her travels with the Doctor in order to succeed – and even that might not be enough!Has the Doctor made a grave mistake – or is it all part of a larger plan?Plus! We've heard of the fearsome Amstrons of the Great Wheel throughout the series... But what is their shocking secret, revealed this issue?!• Alice's toughest and boldest challenge yet!• The Amstrons revealed!• Who – or what – is The Entity?Doctor Who, the Daleks, the Cybermen, TARDIS and all other characters and logos are trade marks of the BBC and are used under licence unless otherwise indicated.

Read the album
Add to cart
Added to your cart
V.4 - Roy of the Rovers
(0)
$7.99
In Transferred, from author Rob Williams and new artist Lisa Henke, Roy tries to adjust to his new life, while Melchester defy the odds and top the table after a string of early victories. But behind the scenes chaos ensues thanks to Melchester’s unscrupulous chairman Barry ‘Meat’ Cleaver…