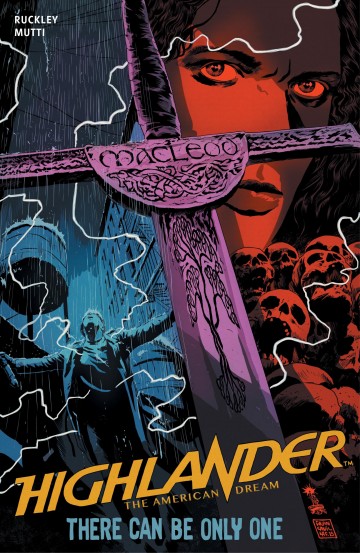 Travel through time in this sword-clashing adventure spanning over a hundred years from the 1860s to the beginning of the first movie. In the thirty years since its release, Highlander has inspired a cult following and numerous spinoffs with its epic clashes between powerful immortals. Now, The American Dream follows Scottish swordsman Connor MacLeod as he navigates through the American Civil War and 1950s Manhattan toward The Gathering in 1986. Reunite with familiar faces, such as Connor's secretary Rachel, and meet new immortals, such as Osta Vazilek, but remember... There can be only one!

Read the album
Add to cart
Added to your cart
Meyer
(0)
$11.99
Meyer Lansky is dead ... or at least that’s what he wants his enemies to believe. But the old man has one last job to pull off, and he can’t do it alone. Once he recruits an innocent bystander, their journey propels them headlong into an adventure filled with murder and malice, towards an ending neither could possibly have foreseen. For fans of "Breaking Bad". An immigrant’s story in the guise of an old mobster’s tale.