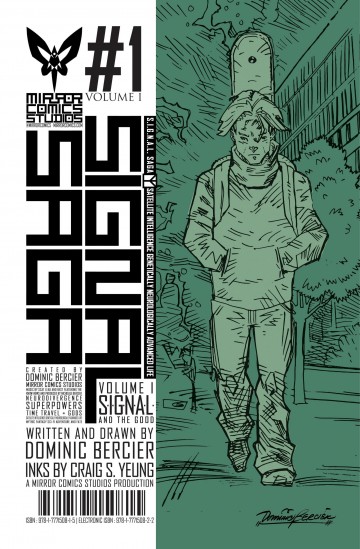 The mysterious Guru Kang races towards a frozen lake, in a burgundy van with yellow and orange trim, during the Borealian snowstorm of the century. He must be on time. On cue, nine lights descend from the sky, nine ships from the moon, revealing nine extra terrestrials clad in golden armor. Nineteen years later, nineteen year old singer-songwriter guitarist Adam David III wakes up to his last day on the country homestead, and gets ready to leave for Zero University, a.k.a. the Zoo. Adam’s mother, Kiai David, is also getting ready for a great adventure, as she searches for lost civilizations deep within the Atlantic Ocean. Upon Adam’s arrival at his grandfather’s old Zero City apartment, he reads a note beckoning him to the Monarch. The Monarch, the capital’s famed music lounge. There, Adam auditions for Ash Beniir L.R. Codec, a local DJ and hip-hop artist. But there’s a strange and familiar energy between these two, and something truly unexpected occurs when they shake hands for the first time. What is the mystery that connects these two?

This digital comic is available in english version. The following reading modes are available with the izneo reader:
SIGNAL Saga- Volume 1 - Overture - Dominic Bercier - to read online on izneo or download on your iOS and Android tablet or smartphone.

Read the album
Add to cart
Added to your cart
V.1 - C.1 - SIGNAL Saga
(1)
$1.29
SIGNAL Saga- Volume 1 - Overture - Dominic Bercier - to read online on izneo or download on your iOS and Android tablet or smartphone.

SIGNAL Saga- Volume 1 - Overture - Dominic Bercier - to read online on izneo or download on your iOS and Android tablet or smartphone.