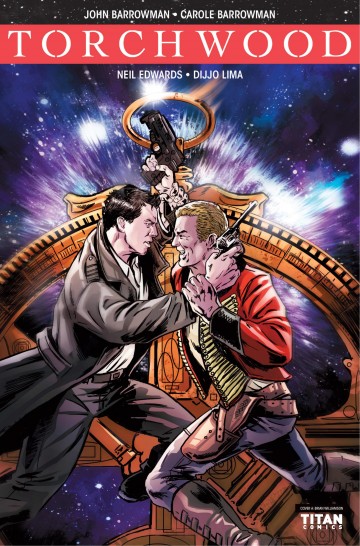 During the clean-up in the explosive aftermath of the Navigator/Vervoid plot to take over the world, Jack and Gwen, received some unexpected news from their least favorite hologram… Captain John Hart! He has discovered the aliens’ true plan, which he’s willing to share – for a price, of course. Meanwhile, a creature bearing an uncanny resemblance to the Torchwood duo and in possession of terrifying powers, has emerged at Station Zero. Could she really be their clone child as Captain John suggests?

Read the album
Add to cart
Added to your cart
V.1 - C.3 - Doctor Who: The Road To The Thirteenth Doctor
(0)
$3.99
The Twelfth Doctor and companion Bill have had quite the adventures of late, having faced off against both Weeping Angels and Heavenly Hosts on their last trip, rescuing the crew of a cargo spaceship in distress. With a hefty series of deadly escapades already under their belts, this dynamic duo believe they’re ready for whatever time and space can throw at them. Today, that comes in the form of a call for help from UNIT’s own Kate Stewart.