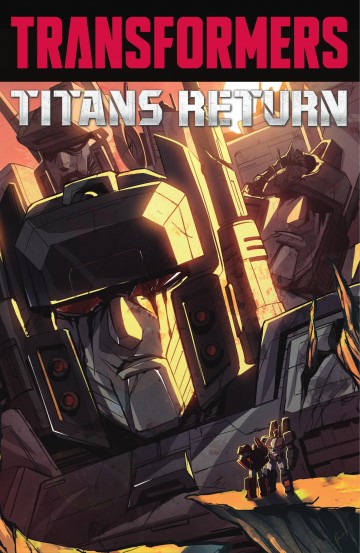 Once he ruled CYBERTRON with a brutal (and literal) iron fist... left for dead four million years ago, SENTINEL PRIME is back. But in a world where STARSCREAM rules CYBERTRON, OPTIMUS PRIME has invaded Earth, and MEGATRON is an AUTOBOT—SENTINEL doesn’t like what he sees! Collects the Titans Return one-shot, Transformers #56–57, and Transformers: More Than Meets The Eye #56–57.

Read the album
Transformers: Autocracy
(0)
The full collected edition! Before Optimus became a Prime... he fought for order. Before MEGATRON became a conquerer... he fought for freedom. Before they were enemies... they stood against—Autocracy. Writers Chris Metzen (World of Warcraft) and Flint Dille (original TRANSFORMERS animated series) are joined by artist Livio Ramondelli (TRANSFORMERS: Chaos) to bring you an IDW comics event five million years in the making. Includes a COVER GALLERY showcasing the breathtaking imagery of AUTOCRACY!

Read the album
Transformers: Prime - Rage of the Dinobots
(0)

Read the album
V.2 - Transformers: Till All Are One
(0)
Close