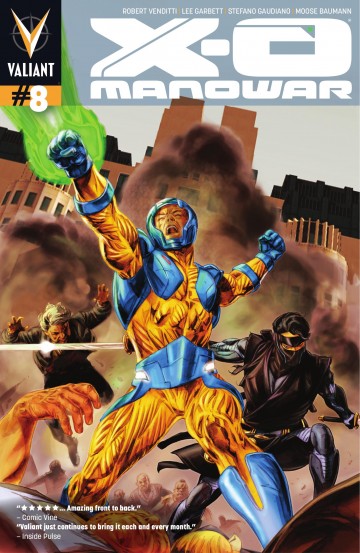 X-O Manowar and Ninjak unearth The Vine’s ultimate endgame! Deep within the halls of the MI-6, a sinister plot by The Vine’s alien agents is about to come to fruition. Their goal? Wipe humanity off the map – beginning with X-O Manowar. To get the job done, The Vine has enlisted Ninjak, the world’s most lethal assassin, but by doing so, they may have sealed their own fate. What began as a war between two men must become an uneasy truce…or Earth will fall.

This digital comic is available in english version. The following reading modes are available with the izneo reader:
X-O Manowar- Volume 1 - X-O Manowar (2012) #8 - Moose Baumann - to read online on izneo or download on your iOS and Android tablet or smartphone. 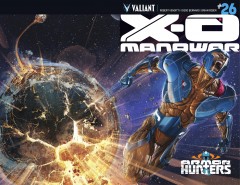 X-O Manowar- Volume 1 - X-O Manowar (2012) #8 - Moose Baumann - to read online on izneo or download on your iOS and Android tablet or smartphone.

Read the album
Add to cart
Added to your cart
Fallen World TPB
(0)
$14.99
In the year 4002 AD, the cyborg samurai called Rai will face an impossible battle for the fate of humanity. In the wake of his rebellion against the tyrannical A.I. that created him, Rai has renounced the way of the sword and works to build a new life for the refugees of the fallen nation of New Japan on the surface of the shattered Earth they once dwelled so far above. But Rai will find his commitment to walking the path of peace tested like never before as new enemies arise from out of the wastelands and agents of the old order threaten his people from within… Collecting the complete FALLEN WORLD five-issue miniseries.