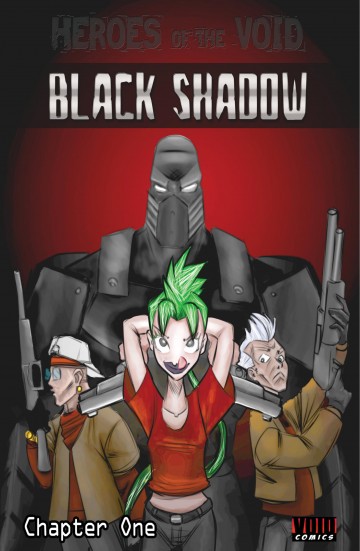 A notorious serial killer known as Red Smile is slaughtering his way through California - for years he evades and even taunts the police with his riddles and codes, daring them to catch him before he kills his next victim. Brian Warner and his partner Marcus James Reed are the two cops trying to take Red Smile down. After years of failing to identify the killer, Brian comes up with a new plan. An online manhunt urges the entire country to join in with any information regarding the identity of Red Smile. But now a third party joins this dynamic: Black Shadow. This new player leads the L.A.P.D. to not only ask who Red Smile is, but also where Black Shadow comes from and what his part in this is. Collects Black Shadow #1-5

This digital comic is available in english version. The following reading modes are available with the izneo reader:
Black Shadow- Volume 1 - Chapter One (Collection) - Ezekiel Rage - to read online on izneo or download on your iOS and Android tablet or smartphone.

Read the album
Add to cart
Added to your cart
V.2 - C.5 - Black Shadow
(0)
$2.99
Brian Warner is an L.A.P.D. police detective, martial artist and the definition of no-nonsense cop. He is also a masked vigilante known as Black Shadow who hunts killers and does what the police can't: He works beyond the law to protect it. A serial killer left a trail of blood throught the city and Black Shadow, along with his friend Marcus Reed, is out to catch him. But the killer might be one step ahead as Marcus is heading to a meeting with him unarmed and alone. Can Black Shadow arrive in time to save him?

Read the album
Add to cart
Added to your cart
V.1 - C.1 - Black Shadow
(1)
$9.99
Black Shadow- Volume 1 - Chapter One (Collection) - Ezekiel Rage - to read online on izneo or download on your iOS and Android tablet or smartphone.

Read the album
Add to cart
Added to your cart
V.1 - Nightfighter
(1)
$9.99
The dawn of bio-engineering changed the criminal landscape for the worse. Genetic modification and bio-organic weapons have revolutionized the black markets and gave rise to a new kind of criminal: The Geneticist. These "doctors" play god with the lives of millions of people. No longer are gangs limited by their own poor abilities or intellect. If they can pay, they get equipped with the latest in genetic and cybernetic advancements. This process is of course highly illegal, but since when has that ever stopped criminals from doing what they do? They are criminals after all. Genetically enhanced criminals overpower the police already, but their growing numbers make matters worse than they already are. Of course, corrupt businessmen and politicians have a great interest in augmented enforcers the police can not stop. There is a lot of profit to be made with such people. Thomas Simmons was working on an experimental suit his father built when an explosion burned him alive. However, Thomas survived thanks to the suit he was working on and help he got from two strangers: Nightstar and Shin.After defeating the man responsible for the explosion that destroyed his life, Thomas became a superhero known as Nightfighter. Together they now fight for all those who can't fight on their own.