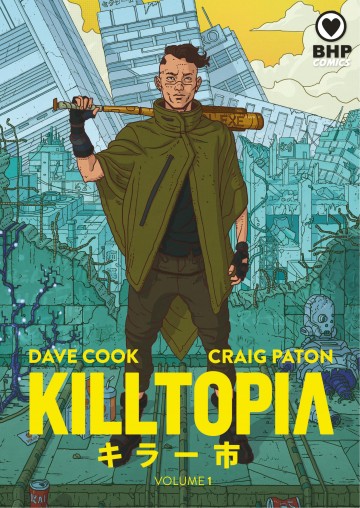 Read an excerpt
$5.99
Add to cart
Added to your cart
Included in the izneo Premium subscription
Learn more about izneo Premium

Killtopia is set in future Japan, and follows a salvage hunter called Shinji and his robot sidekick, Crash. Once word gets out that Crash holds the secret to curing a deadly nano-virus that’s killed millions around the world, every bounty hunter and Yakuza thug for 1000 city blocks joins the hunt for our heroes. Can they survive the night and change the course of humanity forever?