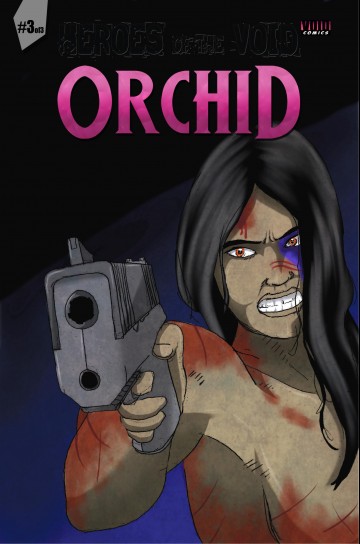 A.D.S. agent Wen, codename Orchid, was sent by her boss to infiltrate A.S. Industries. They hope to find evidence that links Alvin Severnya, C.E.O. of A.S. Industries to illegal activities. However during the operation, Orchid was captured, stripped of her clothes and tied up in an old warehouse. Ever resourceful, she managed to escape however and make her way to the top of the building in hopes to get her bearings. Unfortunately for her though, she was no longer in New York City but New Jersey - and naked!

This digital comic is available in english version. The following reading modes are available with the izneo reader:
Orchid- Volume 1 - Part 3: Survival - Ezekiel Rage - to read online on izneo or download on your iOS and Android tablet or smartphone.

Read the album
Add to cart
Added to your cart
V.1 - C.4 - Orchid
(1)
$3.99
After WW2 the U.S. Government began with privatising government institutes to prevent corruption at the eve of the cold war. They combined C.I.A., D.O.D., F.B.I. and N.S.A. into a new institution - the American Defense Service - A.D.S. for short. Lánhuā Wen, codename Orchid, works for the A.D.S. and she is the top ranked infiltrator of the organisation, their best female melee fighter, a cunning tactician and has a degree in psychology. She is really, really good at what she does. And these are some of the days in her life...

Orchid- Volume 1 - Part 3: Survival - Ezekiel Rage - to read online on izneo or download on your iOS and Android tablet or smartphone.
New