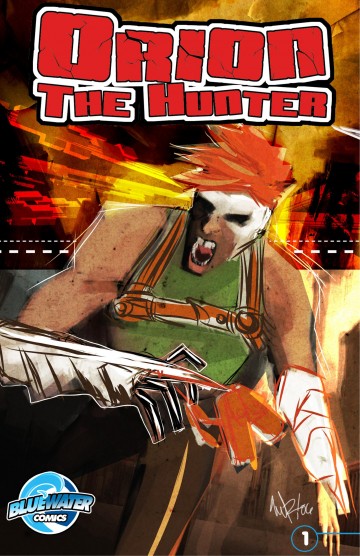 Once Olympia's greatest hunter, Orion sits as the centuries turn to millennia. Torn between his resentment of the Pantheon, his crumbling faith and his need to serve them, Orion seeks the ultimate purpose of his immortal life and is thrust in the middle of a conspiracy that can destroy Olympus. Orion delves into the dark underbelly of Greek mythos -- the rumblings of a massive war between the Olympians and the lesser gods sits on the shoulders of a long ignored demi-god whom both sides see as the key.

This digital comic is available in english version. The following reading modes are available with the izneo reader:
Orion the Hunter- Volume 1 - Orion the Hunter #1 - Scott Davis - to read online on izneo or download on your iOS and Android tablet or smartphone.

Read the album
Add to cart
Added to your cart
C.4 - Orion the Hunter
(0)
$11.99
The final chapter of Orion the Hunter. Orion delves into the underbelly of Hades to stop the war of the Olympians while also trying to save the earth.

Orion the Hunter- Volume 1 - Orion the Hunter #1 - Scott Davis - to read online on izneo or download on your iOS and Android tablet or smartphone.
Coming soon

Read the album
Pre-order
Added to your cart
V.1 - C.2 - TIdalWave Classic Horror Comics
(0)
$3.99
A new anthology comic series featuring the world of gothic horror. From the creators of the cult favorite series "Vincent Price Presents" comes this new frightening title. The Proprietor stands on a calm Southern California beach. Who is this man and what powers doe he possess. Hand him a penny and he can read your thoughts and when it is tossed in the air and lands on its side there is no telling what horror could happen.