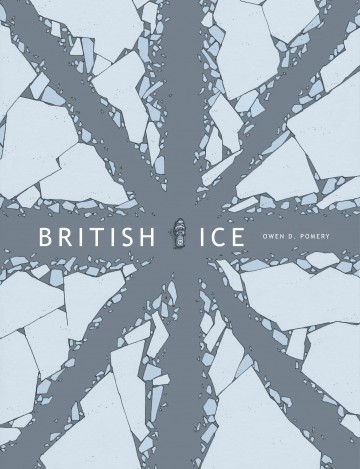 1984. Harrison Fleet has been given the job from hell, and not just because it freezes over. He has been appointed commissioner to the British Artic Territory. “Its exact location cannot be disclosed due to an ongoing political dispute, but it is part of the Queen Elizabeth Islands. Since its discovery in the early 1800s, it has remained British soil, maintaining its status despite Canada gaining its full independence in 1867”. The locals never seemed to like commissioners much, being frankly forgotten when not exploited and therefore not really feeling loyal subjects of her Gracious Majesty being potential reasons why. As Harrison is shown his lodging upon his arrival, a lone-standing British style house in the middle of a windy and frozen plain, he starts to feel there might be more behind the local hostility. Reports dated back from 1882 hint at a major discovery, but snow has a habit of covering a lot of history. The first commissioner and founder, Robert Netherton, may have suffered from Wendigo psychosis, the mythical state of isolation madness and cannibalism. The British Artic Territory is indeed a pretty unforgiving place. But Netherton’s shadow is still casting a troubling darkness. How does one kill a man who is already dead? Harrison will have to concede there is such a thing as willful ignorance and plausible deniability in British politics and unearth dark secrets as the community is eager to go on a different path. British ice is an easily read, fictional but credible account over the strategic importance and treatment of British Overseas Territory, the “remnants of Empire”. The British Artic Territory does not exist as such but the controversies and the current “pressures” on local communities and fragile ecosystems do. The greyish blue monochromic hue certainly reflects on the coldness of relationships and on the freezing temperatures. Owen D. Powery has however unveiled a deeply human story of survival in extreme conditions and of communities fighting against their far away masters. The debate over their fate is still open.

Working for the British High Commission, Harrison Fleet is posted to a remote arctic island which is still, inexplicably, under British rule. As he struggles to understand why, and what interests he is protecting, Harrison learns just how much of the land and its community lies in the shadow cast by the outpost’s founder. Caught between hostile locals, the British Government, and an unforgiving physical environment, he begins dragging dark secrets into the light, unaware of the tragic repercussions they will cause. And help is very, very far away. Part noir, part historical mystery, British Ice explores the consequences of colonialism and the legacy of empire.