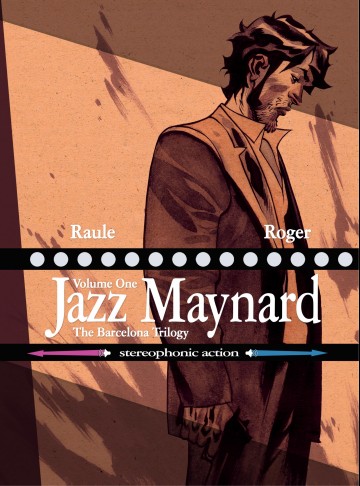 Jazz Maynard was born in the slums of Barcelona, surrounded by the sort of criminal element that gets under your skin for good. He tried to escape their influence by moving to New York City, but after ten years of living by his own rules, his past caught up with him, forcing him back to the streets that groomed him. Shadows of his former life have been waiting for him, and its time for him to face the inescapable. Jazz Maynard and his childhood friend Teo are not enjoying this unexpected reunion. Jazz had spent the previous ten years in New York, until just three days earlier, when he received a desperate letter from his long-lost sister, who had fallen in with bad company. Jazz did what any good brother would do—he rescued her from the bad company and whisked her back home to Barcelona, the homeland he left ten years earlier. But it didn't take long for trouble to catch up with him. Three days, in fact. Old criminal relationships are renewed, and Jazz's skills as a thief and bodyguard are put on display as he is forced into various underground jobs by foes both old and new. It becomes pretty clear why Jazz might have left, but the question now is whether he will ever be able to leave again . . . A complex tale of antiheroes and criminal agendas in deadly competition, with our hero trapped in the middle.

Read the album
Add to cart
Added to your cart
V.12 - Jazz Maynard
(0)
$3.99
It is a hunt like no other as Jazz and Teo are separated across the Iceland wilderness, chased by gunmen hell-bent on ending both of their lives. And at the front of the hunting pack is Max, a man Jazz grew up with like a brother. Will the tragedy that drove them apart end one of their lives for good? The exciting conclusion to the second major arc in the Jazz Maynard series, "The Iceland Trilogy." 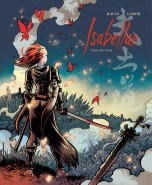 Read the album
Add to cart
Added to your cart
V.2 - Isabellae
(0)
$17.99
In this epic conclusion to the series, Isabellae battles against ancient Celtic beasts and deities that threaten the destruction of humanity.Curious about her origins and in search of long-lost Celtic relatives, Isabellae travels to Ireland. But when the ancient druids of the Emerald Isle make a deal with the monstrous Formorian gods, Isabellae finds herself battling in a war for control with her English and Irish allies! From the innovative minds of Spanish creators Raule and Gabor, Dark Horse Books is excited to present Isabellae Volume 2, which collects the final three volumes of the original French series, available in English for the first time. Collects French albums 4-6. 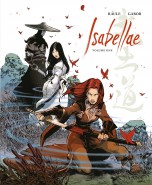