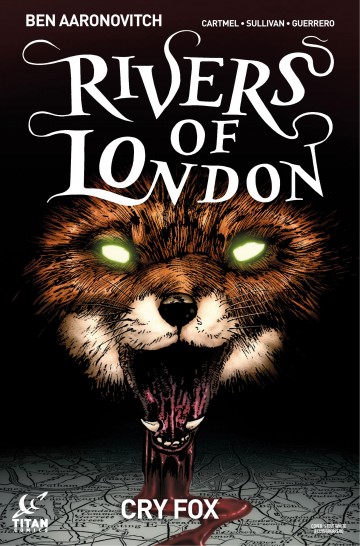 He may now be a Detective Constable, but Peter Grant still has a long way to go before he can become London’s second fully-qualified wizard policeman (the first being his boss, Inspector Thomas Nightingale). Still, no peace for the wicked. Grant and Nightingale remain vigilant for signs of their nemesis, the Faceless Man, and his known associate, Lesley May – one time cop and Peter’s ex-partner before a horrific disfigurement drove her to the wrong side of the criminal track when she sought to repair the damage. In the meantime, the boys in black – neither would be seen dead in a blue suit while on duty – are looking to keep safe the Russian witch, Varvara, who has a rather large price on her head after helping the police with their enquiries… An all-new Rivers of London story written by Ben Aaronovitch and Andrew Cartmel, taking place after the events of the novel ‘The Hanging Tree’ and comic series ‘Detective Stories’.

This digital comic is available in english version. The following reading modes are available with the izneo reader:
Rivers of London- Volume 5 - Rivers of London - Volume 5 - Cry Fox - Chapter 1 - Ben Aaronovitch - to read online on izneo or download on your iOS and Android tablet or smartphone.

Read the album
Add to cart
Added to your cart
V.6 - C.4 - Rivers of London
(0)
$3.99
A tribute to women in comics & manga!
Enjoy adventures from a female perspective!