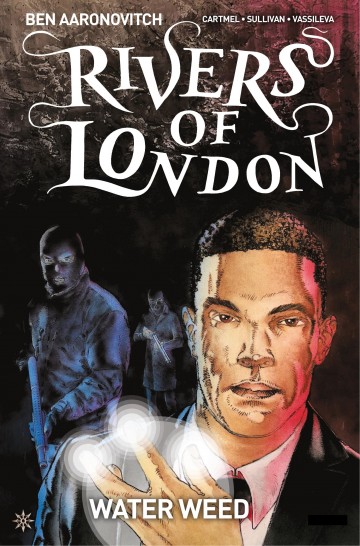 Detective Inspector Peter Grant was right to believe there was something off about the mysterious new drug doing the rounds at parties. Goblin girl, Lana Blanding, confirmed it to be “werelight weed”, seemingly grown by magic. That’s as much information as Lana was willing to part with for free. Clever girl, Lana – but not clever enough to know that working both sides would land her in hospital. The werelight weed is being distributed by boat along the Thames, but the main source is still unknown. What Peter does know, however, is that there is an office in Teddington which acts as a staging area for distributing the drugs. He also knows that the dealers are scared shitless of their supplier: a woman covered in face tattoos known as the Hoodette.

This digital comic is available in english version. The following reading modes are available with the izneo reader:
Rivers of London- Volume 6 - Rivers of London - Volume 6 - Water Weed - Chapter 3 - Ben Aaronovitch - to read online on izneo or download on your iOS and Android tablet or smartphone.

Read the album
Add to cart
Added to your cart
Doctor Who Archives: Prisoners of Time - Chapter 2 - The Second Doctor
(0)
$3.59