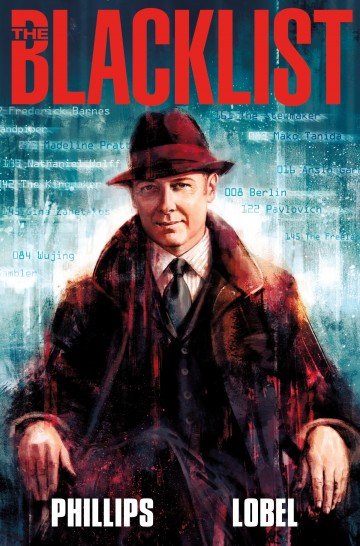 The brand-new original official comic series to the critically acclaimed NBC crime drama THE BLACKLIST, starring James Spader. When the FBI is framed for the public killing of a political activist at an open-air rally, Reddington recognises the hallmarks of a dangerous, media-manipulating Blacklister, known as Leon Kiklinski, aka The Lobbyist. So begins the latest case for the FBI's covert counter-intelligence unit codenamed - The Post Office. But is this new Blacklist member working alone or is there a mysterious puppet master behind the scenes orchestrating a planned series of attacks against the FBI for his own nefarious purposes and if so, what is his connection to the Concierge of Crime, Raymond Red Reddington? Written by script coordinator Nicole Dawn Phillips (Judge Dredd, Slaine, ABC Warriors), The Blacklist Comic will chronicle the extended exploits of former government agent Raymond 'Red' Reddington, taking us back to the very origins of the series and revealing secrets about Red's past and how he formed relationships with some of the key characters from the show. The Blacklist Trademark and Copyright 2015 Sony Pictures Television Inc. and Open 4 Business Productions LLC. All Rights Reserved.

Read the album
Add to cart
Added to your cart
V.6 - The Blacklist
(0)
$4.59
Start of a brand new story arc. When a terrible explosion and fire rips through an Italian high security prison and a small rural town in America is incinerated in an horrific chemical plant accident, Raymond 'Red' Reddington, the Concierge of Crime, realises that the sinister organisation known as the Cabal is cleaning house and using a deadly new Blacklister by the name of the Arsonist to cover their tracks with large-scale, pyrotechnic attacks. The Blacklist Trademark and Copyright 2015 Sony Pictures Television Inc. and Open 4 Business Productions LLC. All Rights Reserved.
eazyComics

Read the album
Add to cart
Added to your cart
V.2 - G.I. Joe Cobra Command
(0)
$8.99
COBRA COMMAND CONCLUDES! The new Cobra Commander is on a path of conquest and destruction. The G.I. JOE, Snake Eyes, and Cobra story lines converge in this second volume as the JOES struggle to survive. Everything changes here! Who lives - who dies - who wins? The answers aren't what you expect, and the foundation for the future of G.I. JOE starts here!