- Colored Version - After Aimee’s parents pass away, it’s up to her to take over her father’s old cake shop and raise her young son, Toby, by herself. Toby’s father, Jed, was an accomplished chef when Aimee last saw him, but in the time they’ve been apart, he’s become a very successful man—he’s a popular TV personality as well as the owner and chef of a first-rate restaurant. After the cruelty Jed showed her when he walked out of Aimee’s life, she had hoped to never see him again, but if she wants to save little Toby from leukemia, Jed’s her only hope. How will he react when he meets the son he never knew he had? This work is originally colored. 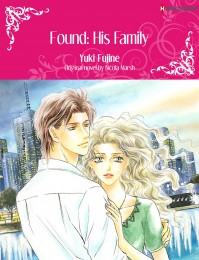