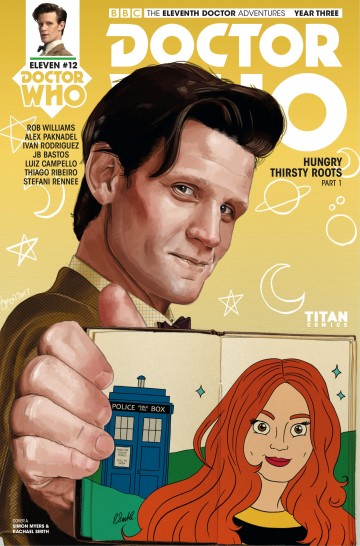 False hope – a dangerous thing to dangle in front of a Time Lord, as the ‘Golden Triangle’ of Zoline found out. After picking up impossible Time Vortex energy, the Doctor followed the trail to the planet, leading him right to a supposed Time Lord child! But the child was in fact a hologram, the interface of the Orphaned Hour, a terrible weapon fashioned by the Time Lords during the Time War. With the Orphaned Hour about to go critical, the TARDIS had no choice but to absorb the weapon into her core… only for it to pull the ship apart, forcing the Sapling to sprout roots in a desperate attempt to try and keep her together!