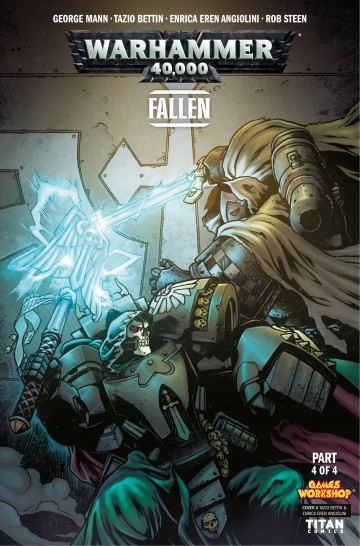 A fierce battle ensues as Chaos Marine Rendix bursts through the breach on the Dark Angels’ barge, while Baltus and his team successfully make their way on board the Inquisition vessel. Under orders from Sabbathiel to protect the vault, Hera, Anya and Fitch attack the Dark Angels, but Hera is struck dead by Baltus’ bolter blast. Back on the Dark Angels’ ship, the Fallen makes his way into the fight, destroying everyone is his path. While trying to defend the blockade, Seraphus and the rest of the Dark Angels are confronted with the sudden appearance of the Grey Knights and Sabbathiel – who declare annihilation for all heretics!