An exciting thriller set within the corridors of power. 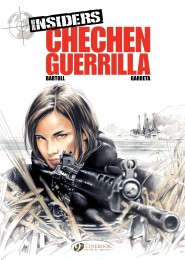 They are businessmen, politicians or first-rate financiers…
But many of them are only the visible cogs of a vast worldwide mafia, its activities hidden underground but its façade increasingly legal…
Faced with this threat that undermines what’s left of our democracies, the White House decides to rise to the challenge. Its secret weapon: Najah!
Officially, she will become the right arm of one of the secret Bosses…
In reality, Najah is an undercover agent. An Insider…
Her mission: Bring the various heads of the mafia hydra to light in a gigantic, global game of poker! 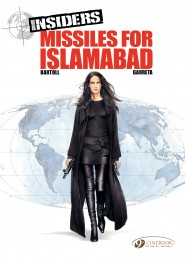 Najah Cruz has infiltrated the entourage of Sam Nachez, head of the international organised-crime ring known as the High Council. She’s an insider, working directly for the White House. And she’s been cut off from her bosses.

While corrupt forces in Washington are trying to identify her and kill Project Insiders, Najah goes to Pakistan with Nachez to arrange the sale of French cruise missiles to the Pakistani Air Force. But not everyone in Nachez’s inner circle is convinced of her loyalty, and Pakistan is a troubled country in its own right… 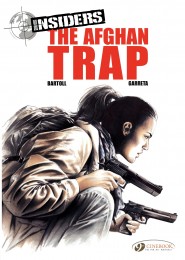 Captured by neo-Taliban tribesmen along with French businessman Cordez, Najah is taken to Pashtun territory. Sam Nachez is looking for her, and French Intelligence are looking for Cordez, but none of them know precisely who took her or why. Nor do they know that Najah isn’t one to miss an opportunity to escape. Chance encounters, tribal politics, international finance… The justifications for Project Insider keep piling up–as do the threats to its only agent. 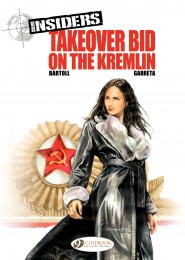 Najah, after infiltrating the Mafia as part of Project Insiders, is continuing her perilous mission: to identify the leaders of the High Council of organised crime syndicates. She finds herself in Moscow with her boss, Sam Nachez. Danger is everywhere, though. The Council’s chief of security still suspects her, Russia is plagued with ultra-violent power struggles ... and even her guerrilla past could catch up with her at any time… 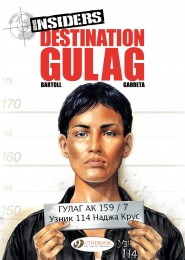 Identified as a former Chechen guerrilla fighter, Najah has been arrested by the FSB, the successor to the old KGB, and sent to a prison colony in Siberia – the infamous gulag. Isolated, hated by the Russian guards, the Insider is far from the luxury life her cover inside organised crime afforded her. Meanwhile, the power plays continue between the mafia, politicians and the intelligence services of Russia, the United States ... and elsewhere. 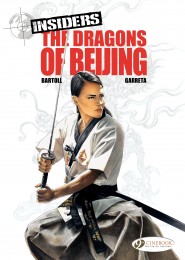 Najah’s been exfiltrated from the gulag where Russian authorities had thrown her, but she’s not out of the woods yet: her benefactors turn out to be Chinese intelligence – the head of which is also one of the secret bosses of the organised crime high council! While the long arm of American justice closes in on her own boss Sam Nachez, the beautiful Insider begins to doubt the usefulness of her mission – has she not done enough already? 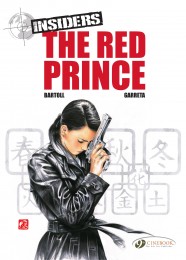 Sam Nachez, boss of bosses of the global mafia, and the man that Najah is both supposed to protect and betray to the authorities, is on the run after a coup by one of his rivals. Hunted by killers from the Russian, Chinese and American intelligence services, the two of them are rapidly running out of allies. Will Najah be able to reconcile her various loyalties? In order to survive, she will have to take the biggest gamble of her life...