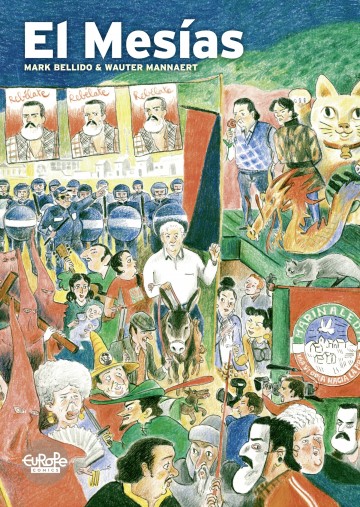 Jesús Fernández, aka El Pocero (the digger), used to be the richest man in Spain. At the top of his prosperity, he starts building a city that will be named after him. Until he sees his megalomaniac project rushed by the real estate crisis in 2008. Completely bankrupt, he decides to end his life. In a dramatic fit he writes a farewell letter, lights some candles, ties newspaper clippings about his greatest accomplishments around his chest and hangs himself. But fate seems to have other plans for him. At that exact same moment two police officers and a bailiff appear on his doorstep. They cut the noose around his neck... and throw him out of his house. He roams around desperately until he ends up in a bar in the next village. That's where he first hears about the mythical village of Marinaleda, in the heart of Andalusia. A utopian place where villagers have turned their backs on capitalism and the crisis doesn't seem to have struck. Since he's got nothing left to lose, Jesús decides to go try his luck in Marinaleda.