V.1 - Back When You Called Us Devils 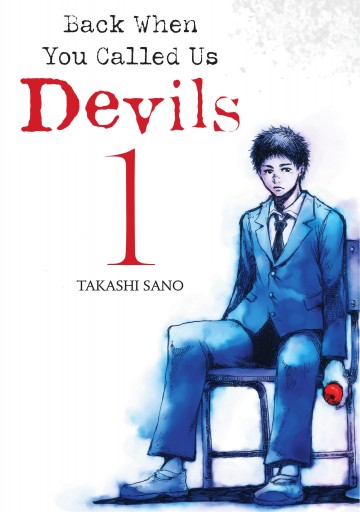 Yusuke Saito moves to a new town and a new high school, then disappears for a whole six months, before being found naked, tied and gagged in a boat floating in the middle of a lake. His memory gone, Yusuke remembers nothing of his former life, but he tries to move on and lead a normal life - he’s got new friends, a job at a fast food joint, and a prospective girlfriend. Then, one day, the past comes back and beats him up. Savagely. “Back When You Called Us Devils” is a high school thriller about bullying and redemption, a roller-coaster of a story that shocks readers with extremely violent, disgusting, gory, scary and sad scenes. (no, it’s not ero-guro, but it doesn’t stray very far. Think “Oldboy” or “Ichi the Killer” - with teenagers - there are some very graphic scenes depicted here) Yes, there’s humor too, but the “innocent” life scenes are there just to contrast even stronger with the “devilish” ones. I won’t go as far as saying this is the manga equivalent of “Crime and Punishment”, but Yusuke’s inner turmoil matches Raskolnikov’s. Is he a killer, though? The recurring dream the book starts with seems to confirm it, but we’ll only know for sure in the next volume. The art is amazing, Takashi Sano is an expert at conveying hidden feelings through facial expressions, and I like the way he changes his style to reflect his heroes’ mood changes. A great read, if you have the stomach for it

Read the album
Pre-order
Added to your cart
V.5 - Back When You Called Us Devils
(0)
$10.99 $5.99
On a roof overlooking the city lights, Yusuke Saito—his memories now fully revived—confronts Akari Ichinose. She's tormented by a curse that echoes deep within the night...and death seems like the most attractive way to escape it. The couple spent years loving, and killing, each other—perhaps this end was fated all along. But still, despite it all, they manage to find value in their lives...